Why I Stopped Using Chrome

Would you trust a hospital that also owns funeral homes and cemeteries? A conflict of interest can lead to sketchy practices. I'll show you how to look out for yourself online. 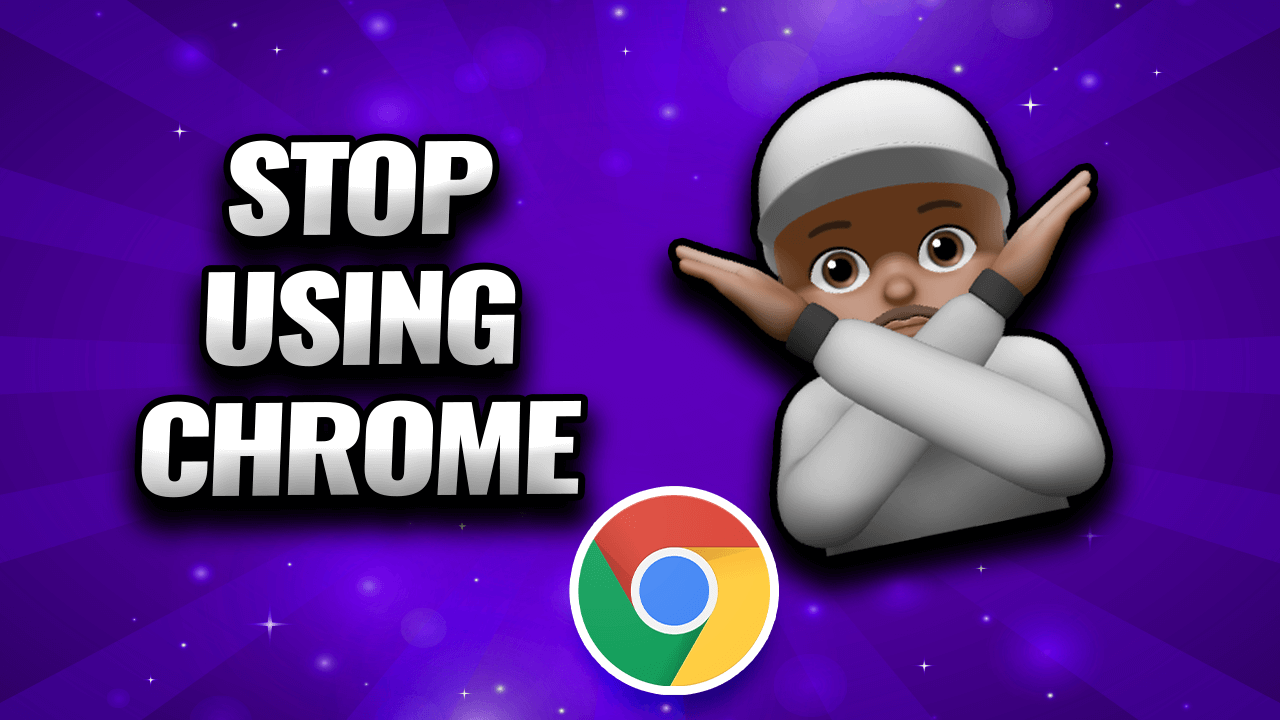 John Siciliano
May 13, 2021
This post may contain affiliate links.

For years, Chrome was my favorite web browser. It's fast, simple, has a vast library of extensions, and syncs well with my phone and other computers. Google also knows how to create software that has an optimal user experience.

But my viewpoint changed as the era of consumer privacy and data practices became an unignorable concern.

The reason I dumped Chrome is that Google has a conflict of interest.

Watch my video to learn more or read ahead below.

In 2019, Google made 84% of its revenue from ads. Ads must be relevant to their viewers for them to be effective. Highly targeted ads will have a higher conversion rate than poorly targeted ads.

For example, showing a joint pain solution advertisement on Nickelodeon would be terrible targeting (I don't know of this happening, but just saying). To improve targeting, what if Walgreens shared your purchasing habits with an advertising company and the cable company shared your watch time so they can target you based on your purchasing and watching habits. Too far? Many would agree. Let's take it a step further. What if at Walgreens, somebody watched every item you picked up and reported it to the advertising company. Is it harmful? Not on the surface, but it's an invasion of privacy and can lead to unforeseen consequences (watch The Great Hack on Netflix - essentially, people were manipulated based on their data).

This tracking and sharing of information is what happens online.

Google gets to know what products you look at, your interests, behaviors, demographics, etc., and they use this information to improve their ad business. The more data they collect, the better their ads perform, leading to more ad sales and ultimately impacting their bottom line. After all, the absolute majority of Google's revenue comes from ads.

Let's switch gears and talk about web browsers like Chrome. We look to web browsers to access the web securely, quickly, and offer extensions (at least some of us look for this feature). There is one more focus we need to look for, and that is privacy features. A web browser should actively protect your information and prevent tracking you across the web. You may see where this is going… Chrome doesn't do this.

A tracker is code people put on their websites to collect information about your identity and behavior for the purpose of marketing to you. Web browsers can actively block these trackers from loading, rendering them ineffective at collecting your data.

When I switched to Safari (I'll get into my browser recommendations in a bit), I found that it has an out-of-the-box tracker blocker that also reports what it has blocked.

In the past 30 days, 144 trackers were prevented from profiling me, and 60% of websites I visited contacted a tracker. Here's the kicker! Out of the top ten trackers that showed up most frequently, Google is behind four of them! The four trackers were Google Analytics, DoubleClick.net, Google Tag Manager, and Google Ad Services. At least one of these four trackers was on 99% if not 100% of the websites that had trackers. There were in total six Google trackers if I looked past the top ten.

Do you see the conflict of interest?

Why would Chrome (a Google product) block Google trackers? It would hurt their bottom line.

So which browser should I use?

Believe it or not, you can stay on Chrome! There are third-party widgets like Duck Duck Go Privacy Essentials that prevent trackers. I didn't want to go this route because there is still an inherent conflict of interest. Chrome is not looking out for me at the end of the day, and I don't want it to be on me to have to know what to implement to protect me.

I switched to Safari because I already use a Mac and iPhone, so that's one great reason to use Safari. Another reason is Apple has made an enormous privacy push, and I genuinely trust their browser. They stick it to advertisers all the time! Facebook was just massively hit due to a new iPhone feature that prevents tracking.

Firefox is another excellent option. They have built-in privacy features and other cutting-edge technology. If you're using Windows, I recommend using Firefox.

Would you trust a hospital that also owns funeral homes and cemeteries? Data is now the most valuable resource in the world. We need to protect it from those trying to exploit it for money and to prevent unforeseen consequences.